melissa is on monads @melissasage@radical.town

voluntary human extinction movement but instead of whatever weird ecofash thing that actually is, it's about everyone becoming their fursona, which is the next stage of evolution

@Shufei The problem is that - from what I hear, confirmed by personal experience - GNU/Linux has kinda abandoned the UNIX philosophy of small, simple programs that do only a couple of things and do them well.

I see someone already suggested you try out the *BSDs, and I can only agree: my experience with OpenBSD has so far been quite enjoyable (though beware of the limited number of supported filesystems!) when Peisistratos was installed he started getting people to build wells, temples, statues, fuckin roads and Athens went from like a few villages to like an actual town.

And people are all "Yeah huh this is pretty cool, we're all getting jobs and look at all this cool new shit. It's pretty good to be an Athenian in the Tyranny" ... "Unless you're a slave" one said, "Or a woman" another shouted, "I hate women, why can't I impregnate my boyfriend instead of fuckin with that hetero shit?" because ancient greeks were super gay but also like super patriarchal because they're fuckin cis men

But then Peisistratos decides "Hey, I'm all powerful right? Why ain't I all rich too?" So he goes up to landowners and is all "Hey, why, instead of growing food that we can eat, you grow food that we can sell for a profit to other places? You make money, I make money, it's a win win. Except for the poor I guess... and the women... and the slaves, but they're all busy in the mines anyway" 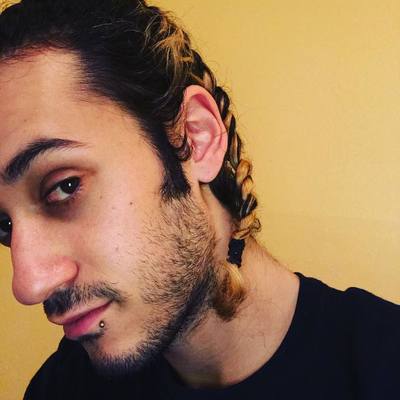 look at this cute pink cat my friend in Kazakstan painted! I thought you would all appreciate it here. Dale Earnhardt had an “American by birth, southern by the grace of God” bumper sticker, which featured a prominent rebel flag

When a black woman pointed out that the confederate battle flag made her uncomfortable, he sliced it off his bumper with a razor blade white FOSS nerds: I'm just so burnt out on tech I can't really work in it anymore or talk to most people about tech, my views are just too different from the mainstream for those sorts of conversations to be worth it

also white FOSS nerds: I do not understand why you will not take the time to answer my leading questions about indigenous culture it is the first time I have asked them.

That scene from Jurassic Park with the cup of water, but the vibrations are caused by thicc sauropods clapping ass cheeks as they walk by

@bgcarlisle This makes me feel old @hyperlink do you think pellets guy is using you as a means to discover things about himself or are these, like, ritual sacrifices