greeting someone with "howdy" = behavior

greeting someone with "the end is near" = action

agency = the capacity to disrupt behavior

<<Nguyen [creator of Flappy Bird] wanted to make games for people like himself: busy, harried, always on the move. “I pictured how people play,” he says, as he taps his iPhone and reaches his other hand in the air. “One hand holding the train strap.” He’d make a game for them.>> https://www.rollingstone.com/culture/culture-news/the-flight-of-the-birdman-flappy-bird-creator-dong-nguyen-speaks-out-112457/

"There is no variation or evolution in gameplay throughout the game, as the pipes always have the same gap between them and there is no end to the running track, having only the flap and ding sounds and the rising score as rewards." again Flappy Bird

"We could have games for anything. Games for attending classes, co-working, and making art. Games for work. Games for just hanging out. We're going to make these kinds of games. But at this point, it's time we stop thinking about them as games and start considering them part of a broader field: spatial interfaces." https://darkblueheaven.com/spatialinterfaces/

"The accumulation of gadgets hides these meanings Those who use these devices do not understand them; those who invent them do not understand much else. That is why we may *not*, without great ambiguity, use technological abundance as the index of human quality and cultural progress." Wright Mills (1959)

a good interface: one that, despite its complexity, you can understand so well that you can forget about it

"I realized that we can't have a single good term to describe what we do with digital media for a reason.

In the 1960s-1970s digital media pioneers like Alan Kay systematically simulated most existing mediums in a computer. Computers, and various computing devices which followed (such as "smart" phones)came to support reading, viewing, participating, playing, remixing, collaborating.. and also many new functions.

currently in the rabbit hole of ppl programming on their mobile

if agency is the ability to interrupt automatized behavior, then rewiring the computer means acquiring agency in a computer system

"From the perspective of system developers, a utilitarian morality governs technology use. The good user is one who adopts the systems we design and uses them as we envisioned (Redmiles et al., 2005). Similarly, the bad or problematic user is the one who does not embrace the system or device. This creates a moral problem, a stain to be eradicated." https://www.ics.uci.edu/~djp3/classes/2012_01_INF134/papers/nonuse-ozchi.pdf

angry birds (action) vs flappy bird (behavior) for now in Italian, but soon to be translated and expanded

"At root, [World of Warcraft] is not simply a fantasy landscape of dragons and epic weapons but a factory floor, an information-age sweatshop. custom tailored in every detail for cooperative ludic labor" Galloway, The Interface Effect, 44

the most representative experience of being a user of a network computer nowadays is the mobile phone:
1) on average, more time is spent there than on laptop or desktop
2) most websites became fundamentally mobile-first in their design, or even mobile-only (think of Instagram)

"Nearly three quarters of the world will use just their smartphones to access the internet by 2025" https://www.cnbc.com/2019/01/24/smartphones-72percent-of-people-will-use-only-mobile-for-internet-by-2025.html

"[…] software relies on the assumption that there is something like a programmer and something like a user. This also presents a special set of problems, the most important of which is the status of the actor versus the acted-upon, and under which circumstances which is which" Galloway, The Interface Effect

1. calculate all the possible variables

2. reduce the variables to the minimum

agency as the extent of deautomatization available

Alan Kay to Steve Jobs re. the iPad: “Look Steve. You know, you’ve made something that is perfect for 2-year-olds and perfect for 92-year-olds. But everybody in-between learns to use tools.” https://www.fastcompany.com/40435064/what-alan-kay-thinks-about-the-iphone-and-technology-now

in a different timeline we all use the "knee brace" instead of the mouse https://www.dougengelbart.org/content/view/224/217/

on the concept of user

1) User. I can't provide a singular definition of this term, because the tensions between contrasting definitions provide fertile ground on the research. Alexander Galloway points out that one of the main software dichotomies is the user versus the programmer, the latter being the one who acts and the former being the one who's acted upon. According to Paul Dourish and Christine Satchell, the "user" is a discursive formation to articulate the relationship between humans and machines. For Olia Lialina, the concept of user is a way to highlight the system that mediates the interaction. Lev Manovich indicates that user is just a convenient generic term for who can be considered from time to time a player, a gamer, a musician, etc. Manovich's point is something I'm considering further. This variety of uses he suggest is predicated upon the conviction that the computer is, in Alan Kay's words, a metamedium. But, when the main personal computer becomes the smartphone, is that still the case?

"The computer is as inhuman as we make it" Ted Nelson

behavioral wet dream: software that doesn't need explicit input. all input is deduced by rhythm and modulation. software responds only to eye focus and adapts accordingly

here's some thoughts on movement and relocation on computers, blessed by @luxpris beautiful gif https://networkcultures.org/entreprecariat/on-movement-and-relocation/

"There is one game in town: a positivistic dominant of reductive, systemic efficiency and expediency". Galloway, The Interface Effect, 99

Knowledge is always a know-how. This know-how, which might be implicit, is first codified and then automated: a technique becomes a commodity. Example: online search. What search engines commodify is not the information itself but the information retrieval process. The PageRank algorithm codifies the social practice of linking. The list of results is the commodity that derives from such codification process.

How to call that messy assemblage around computers made of popular devices, semi-standardized interface layouts of apps and websites, widespread functional expectations, daily online habits, prevailing sentiment towards technology? 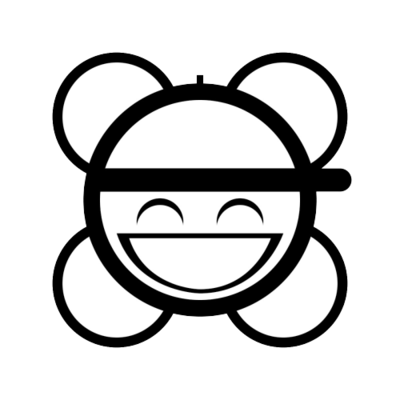 @entreprecariat funny names, they reminded me about Guthrie Lonergan's table